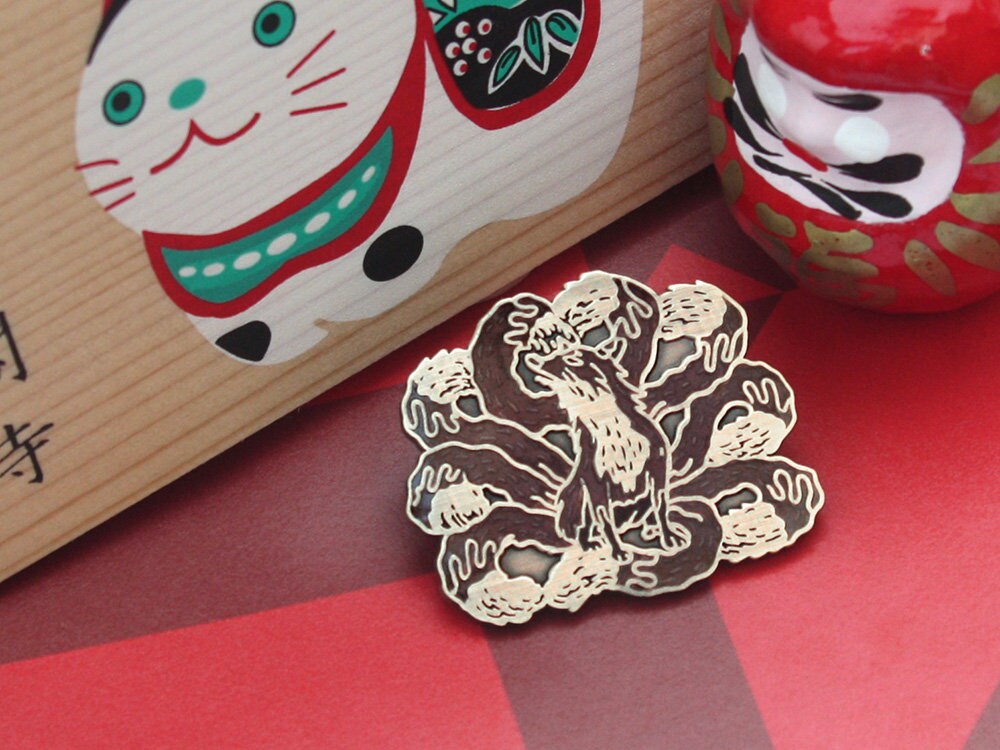 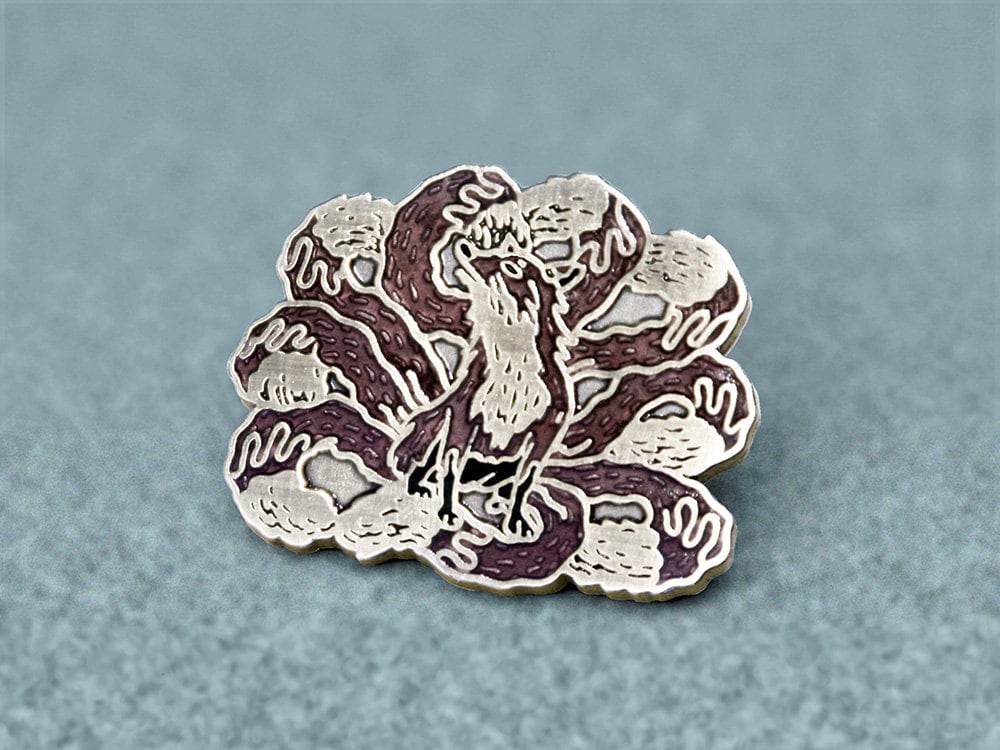 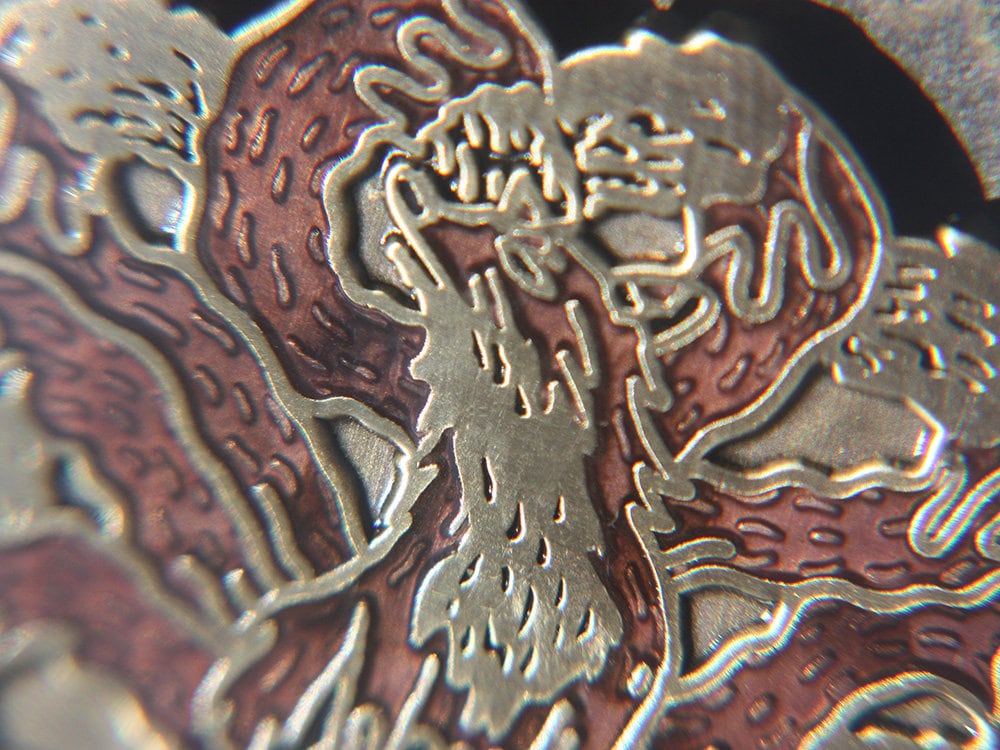 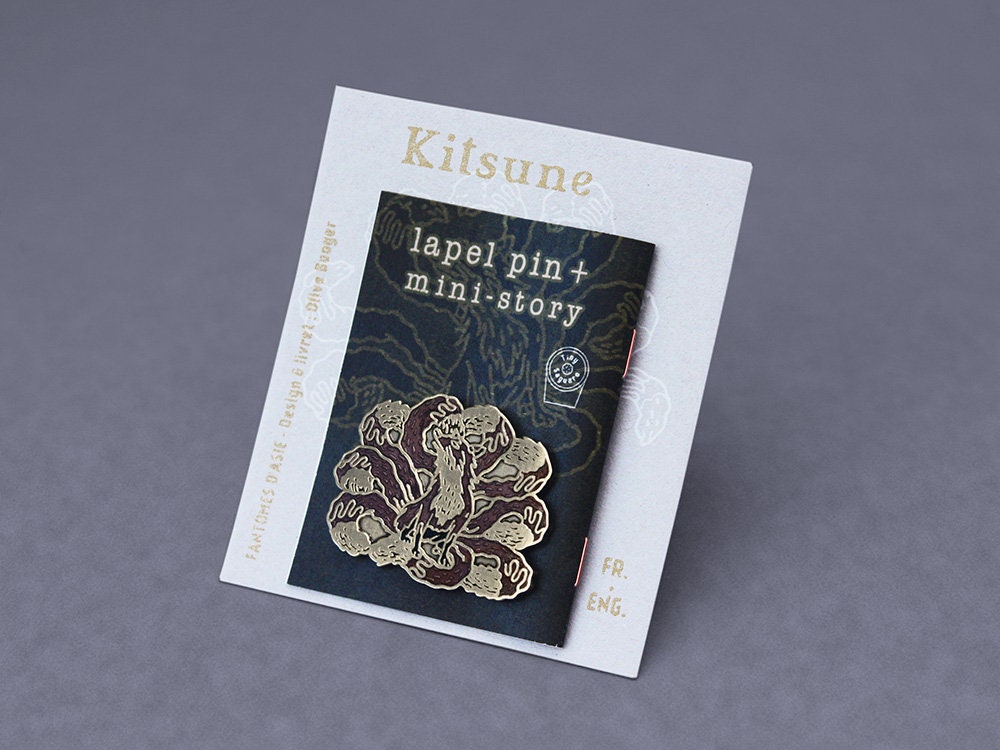 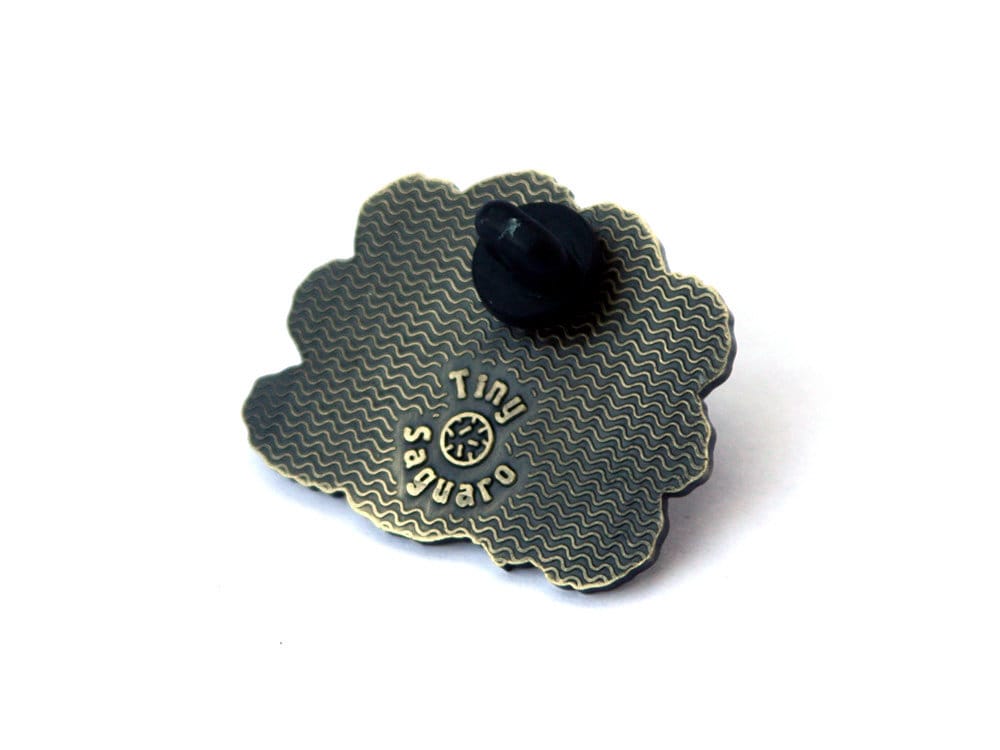 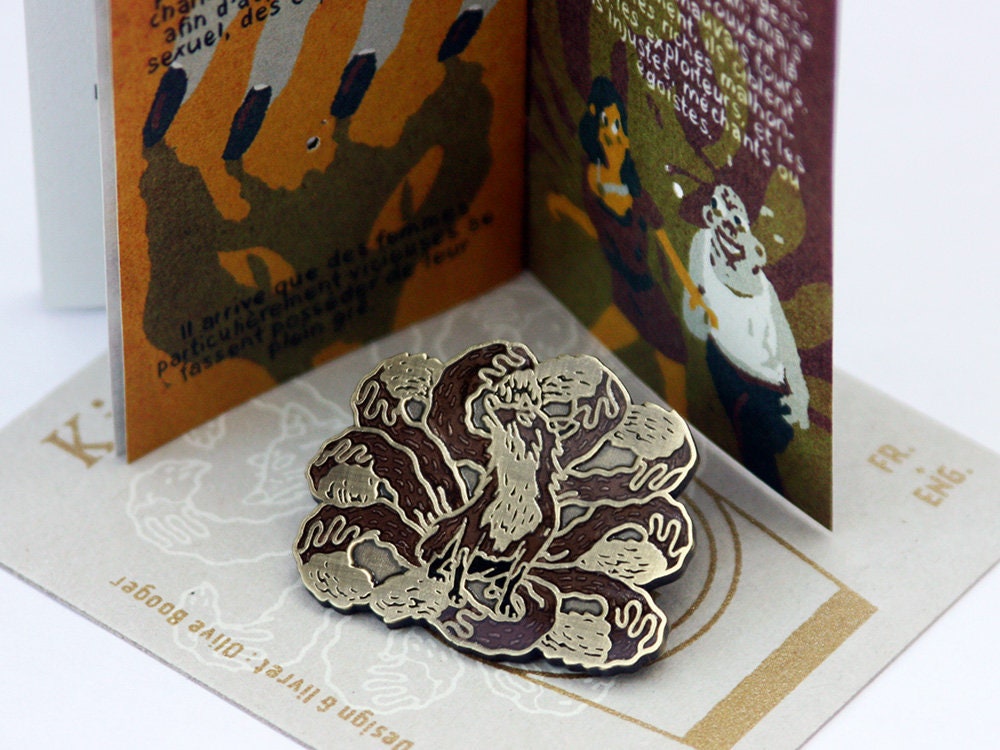 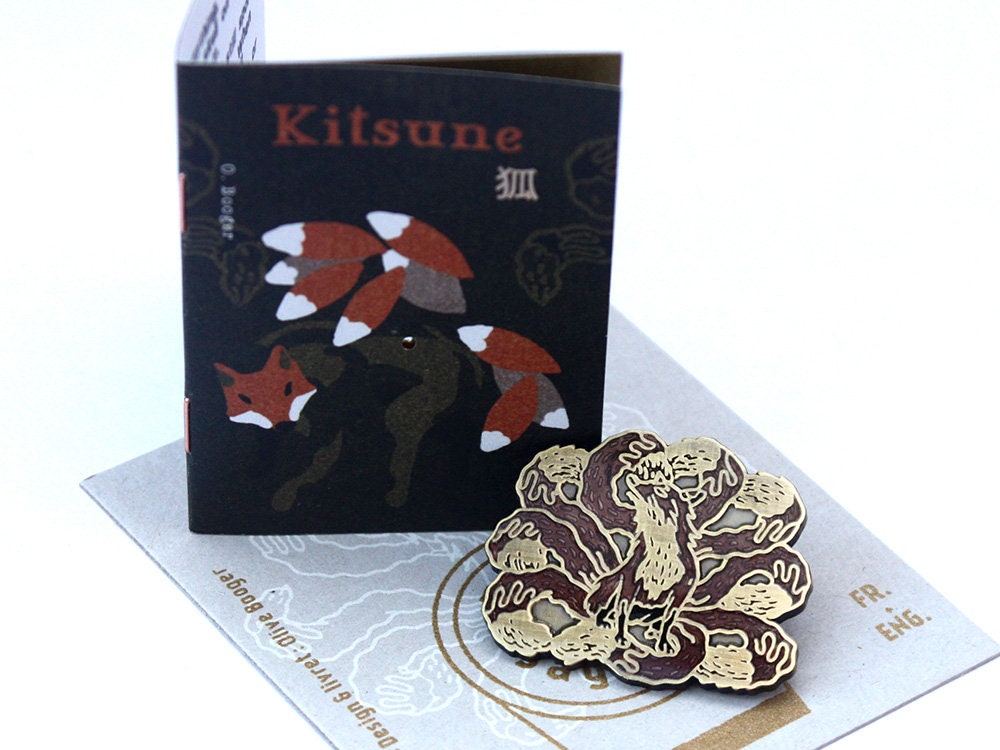 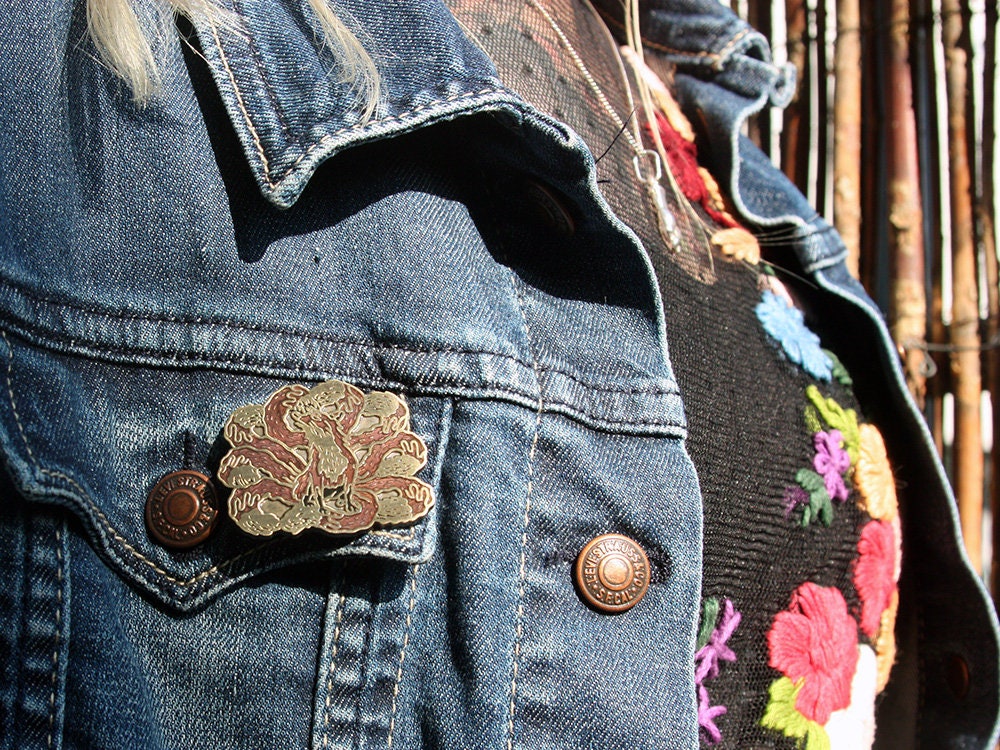 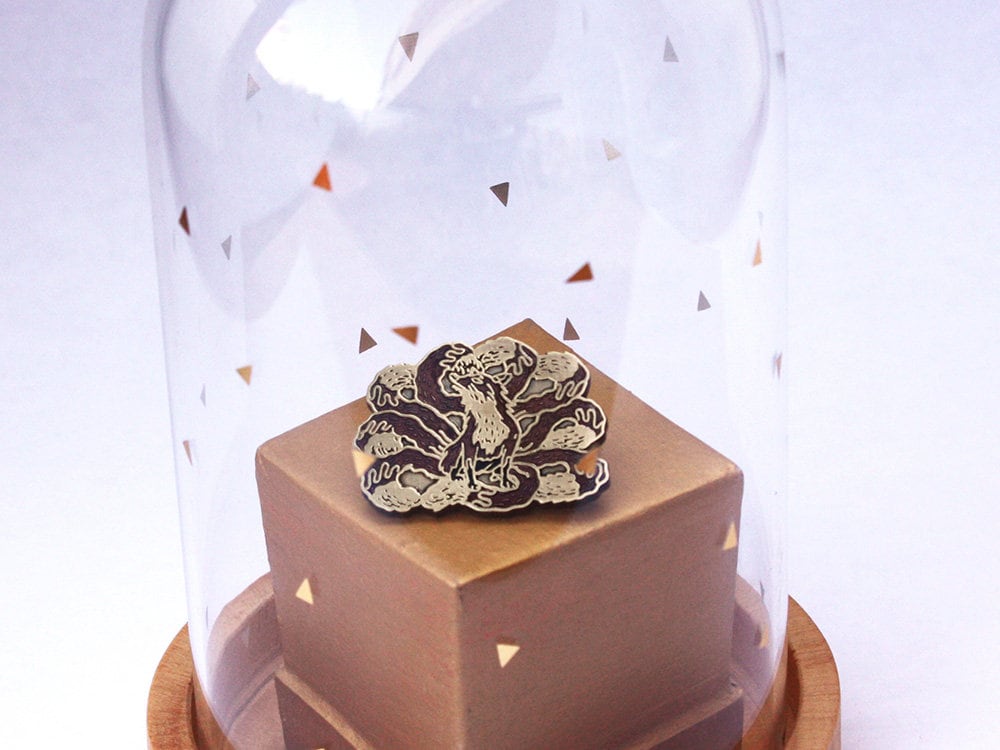 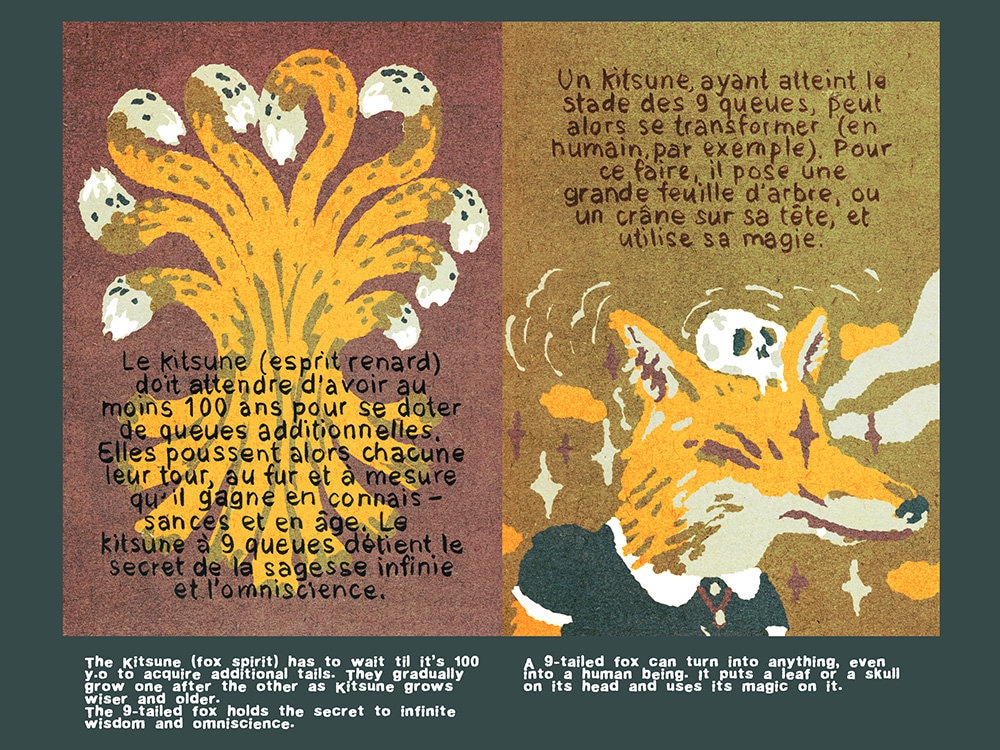 Kitsune is japanese for FOX. This 9-tailed Kitsune is a creature from Japanese folklore, a Youkai. Sometimes benevolent, sometimes playful, just like the Tanuki, it has the ability to MORPH into anything it needs (including HUMANS) to achieve its ends . No doubt that it will turn any of your clothes into a refined and original outfit.

This Kitsune pin is a reissue of our previous model, which is now out of print. It was made for Quai Branly Jacques Chirac museum on the occasion of the "Ghosts and Hells, the underwolrd in Asian Art" exhibition.

Like all other Tiny Saguaro lapel pins, our Kitsune comes with a 12 pages minicomic (english and french words) and a screenprinted card.

Stories depict them as intelligent beings and as possessing MAGICAL ABILITIES that increase with their age and wisdom. According to Yōkai folklore, all foxes have the ability to shape shift into human form. While some folktales speak of kitsune employing this ability to TRICK OTHERS—as foxes in folklore often do—other stories portray them as FAITHFUL GUARDIANS, FRIENDS, LOVERS or WIVES.

THE MORE TAILS a kitsune has—they may have as many as nine—the older, wiser, and more powerful it is. Because of their potential power and influence, some people make offerings to them as to a deity.

Conversely foxes were often seen as "WITCH ANIMALS", especially during the superstitious Edo period (1603–1867), and were goblins who could not be trusted (similar to some badgers and cats).

Lovely pin that came with a story and artwork