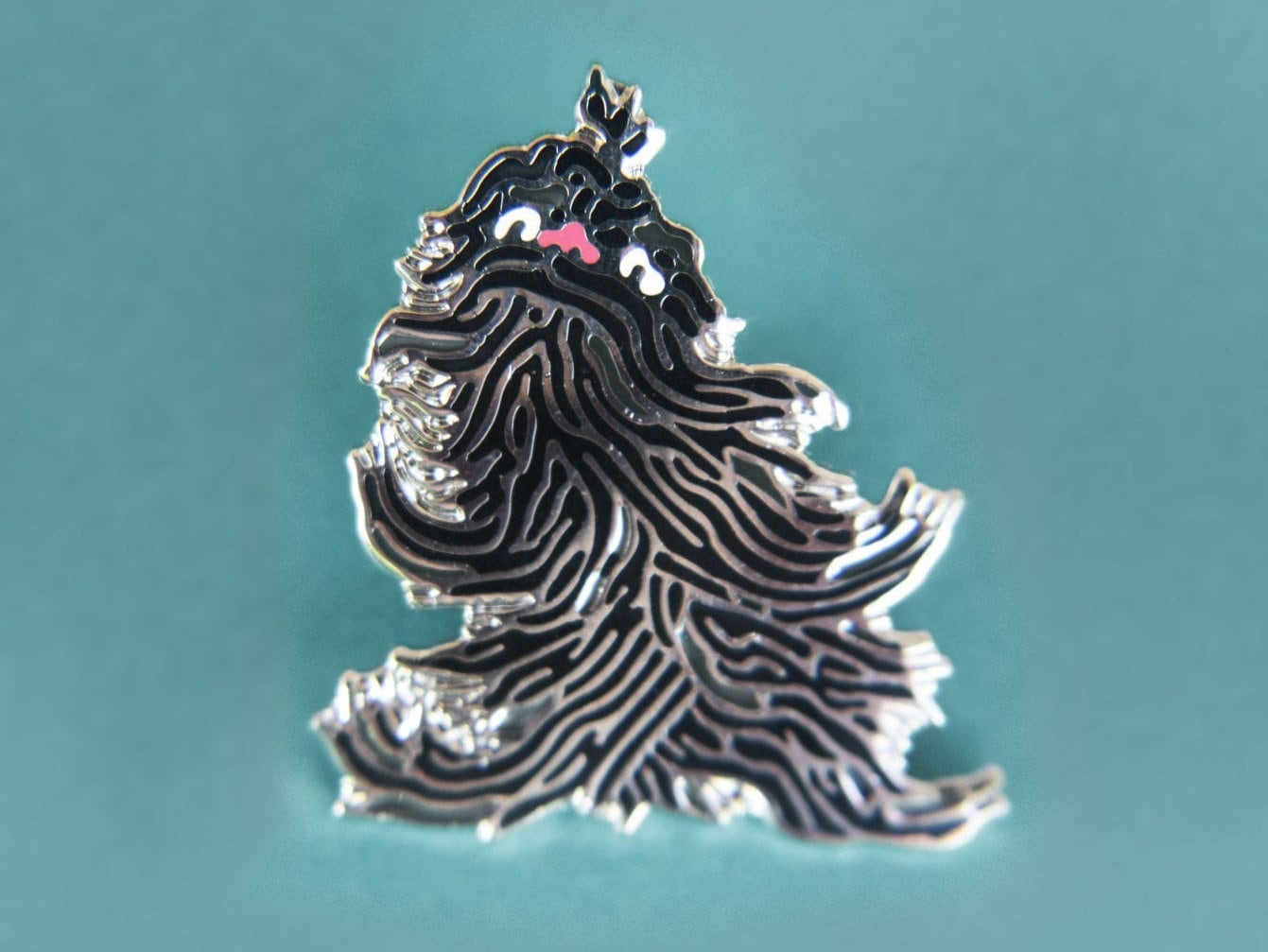 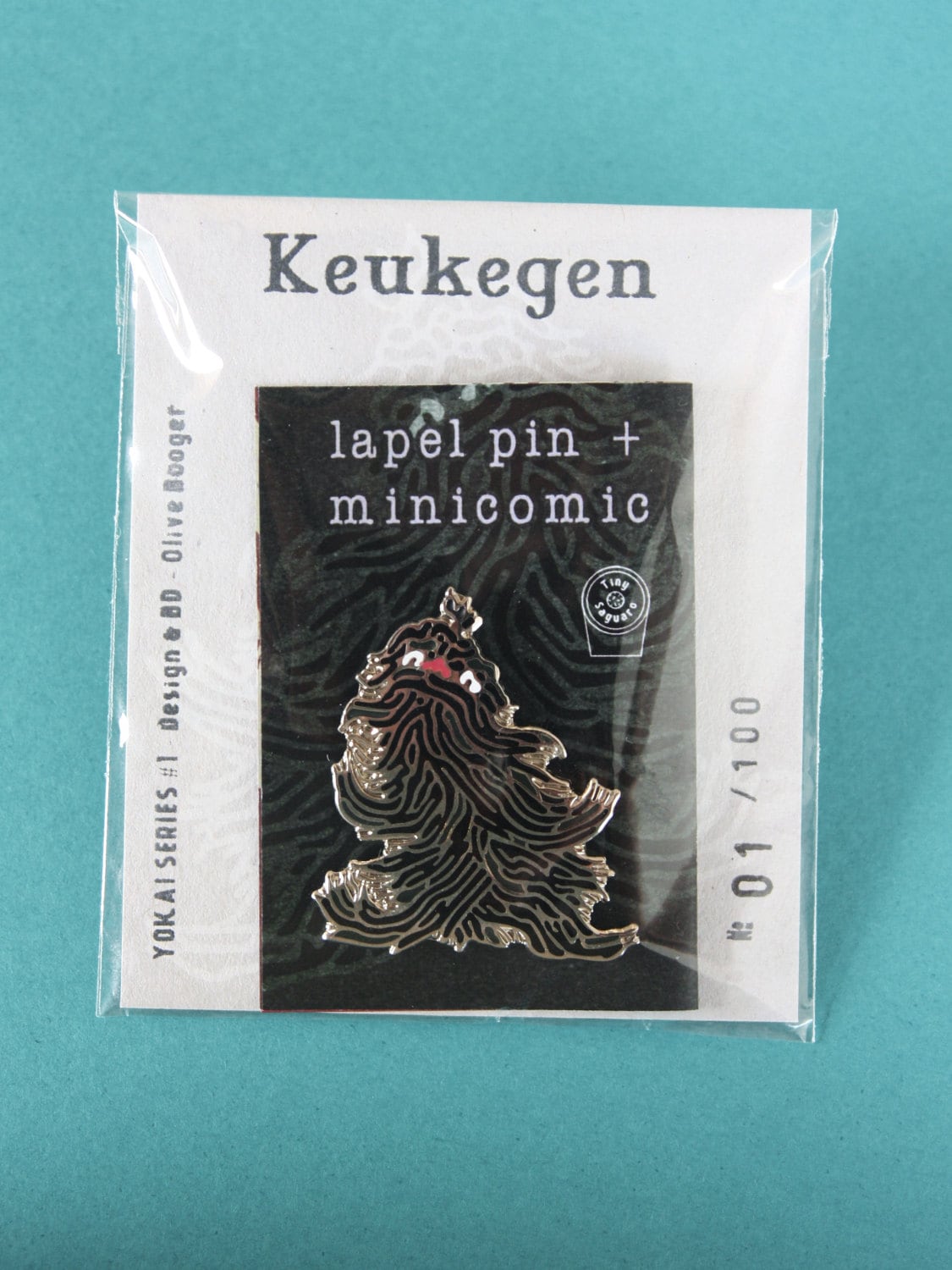 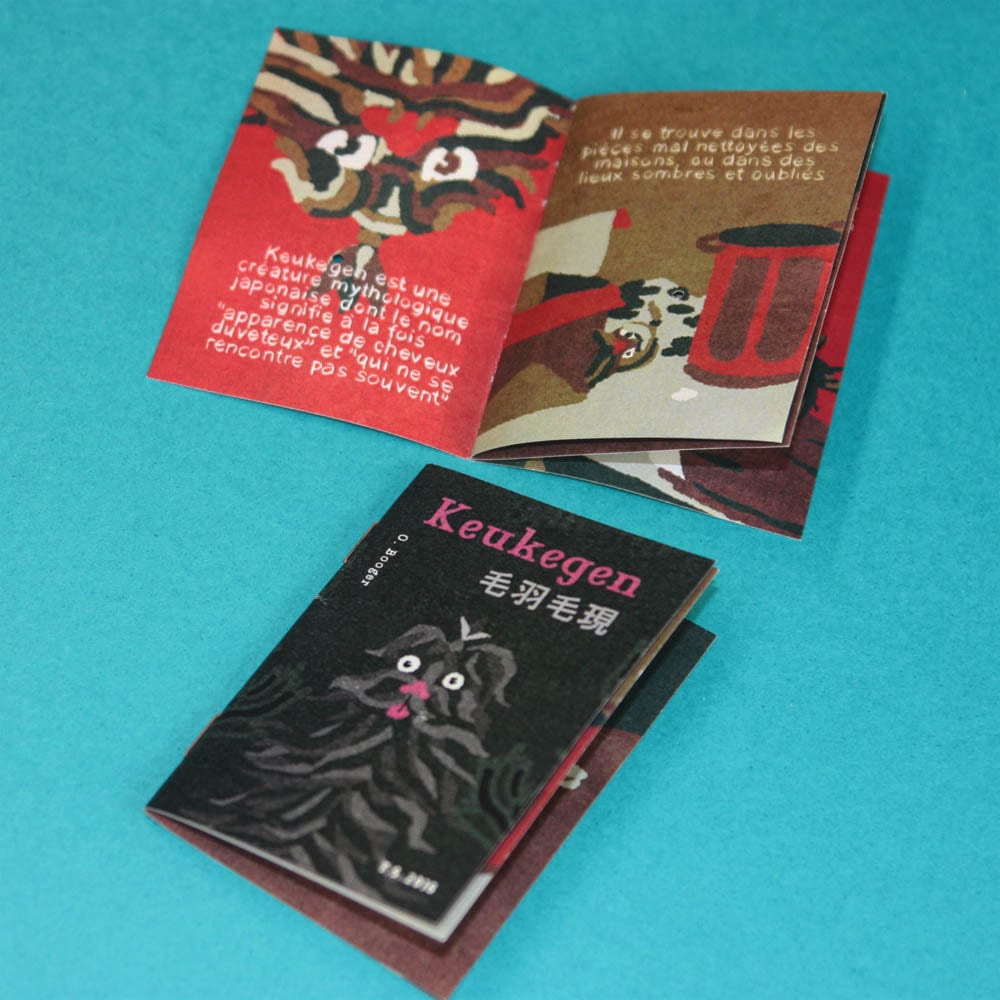 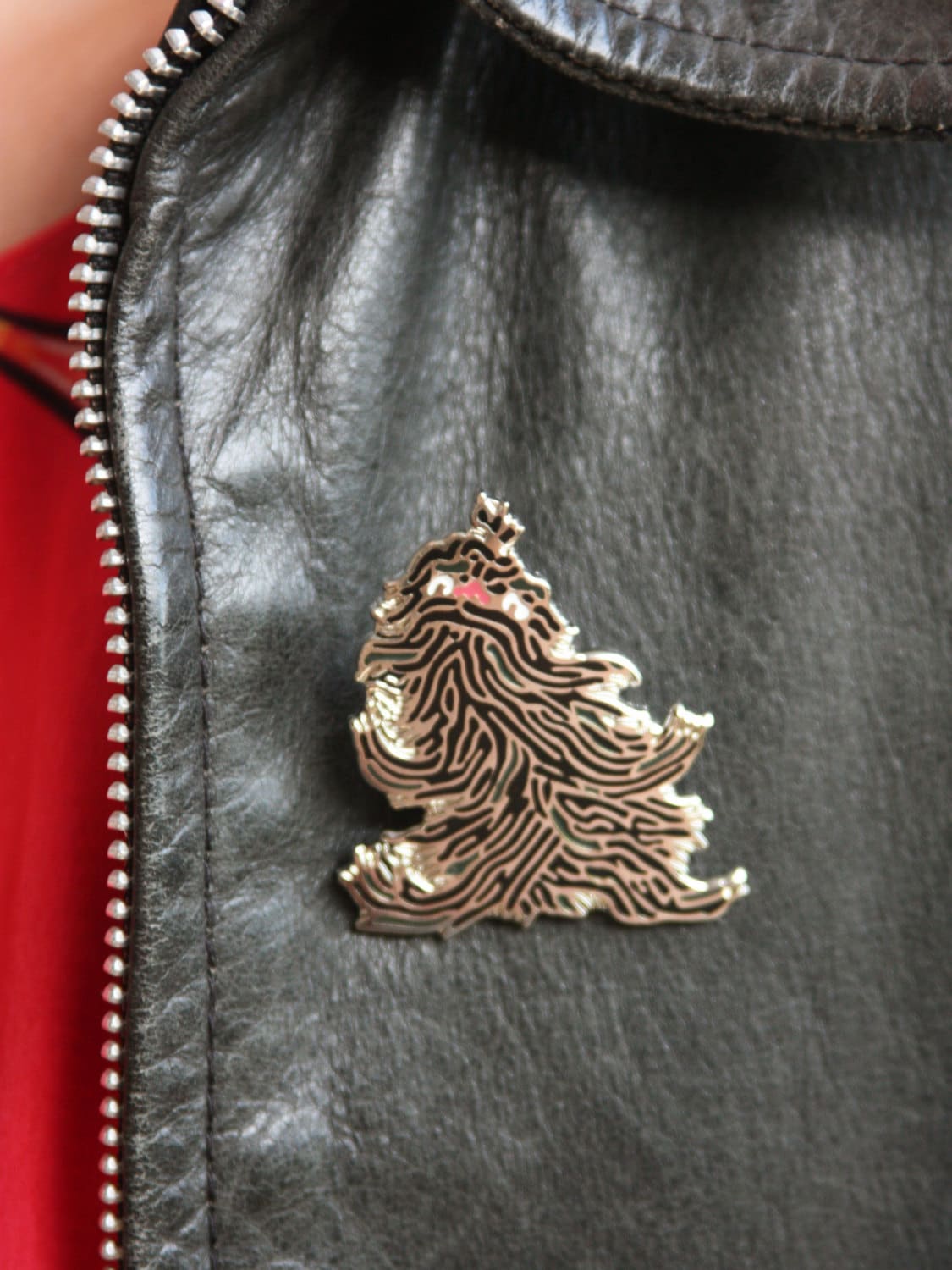 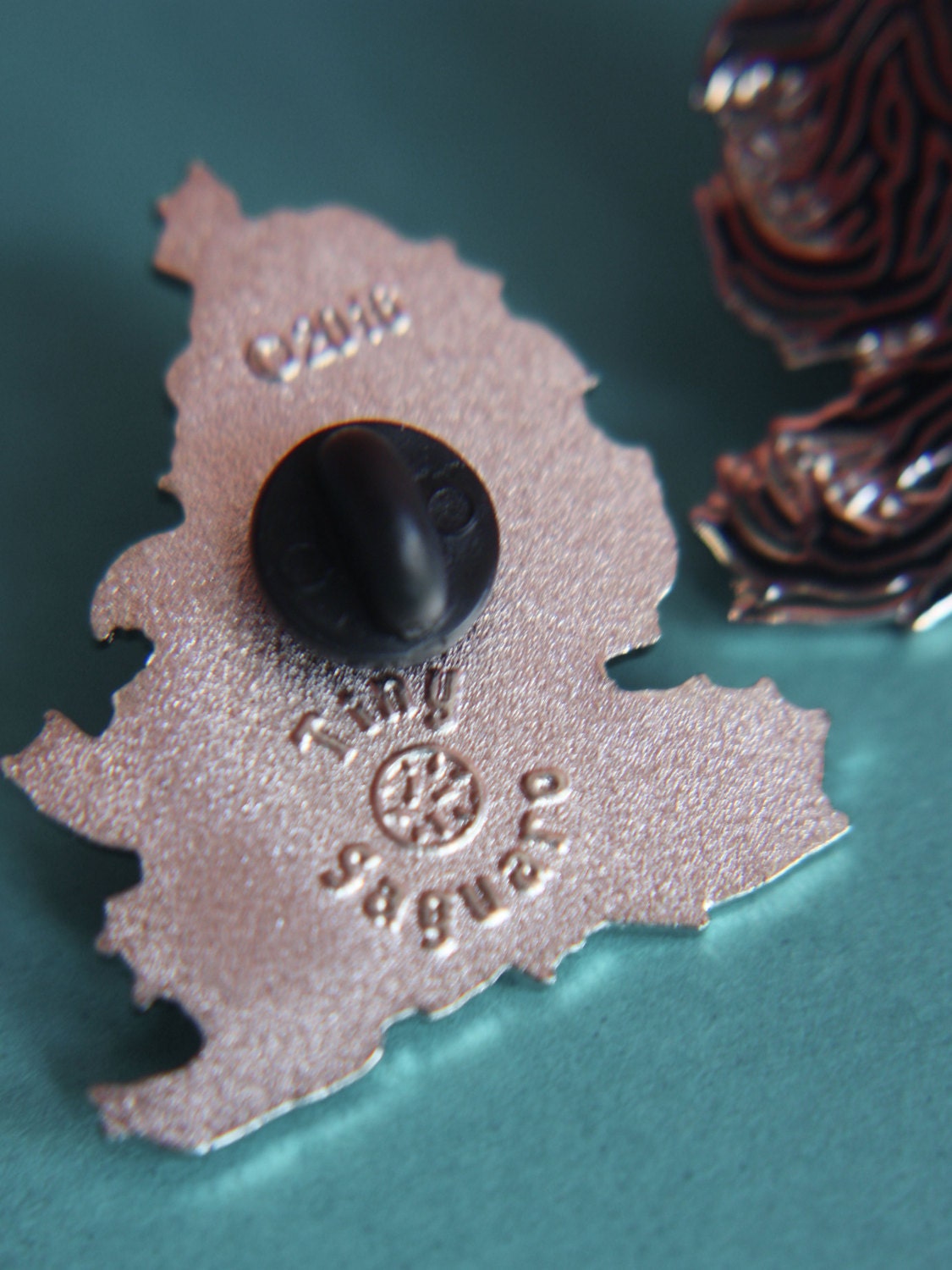 If one asks you “Who's the cutest yokai*?”, reply “Keukegen" without any hesitation.

Pictured on this pin in a black and grey version, with a little pink nose and white eyes, he is reminiscent of your grandmother’s yorkshire terrier. Although he is kind of a fancy and malicious version of it. This little japanese monster is notorious for sneaking into houses and making people sick. Wearing it on your jacket will attract curiosity and sympathy!
* Japanese supernatural creature

Like all other Tiny Saguaro pins, Keukegen comes along with a 8 pages mini comic (in French). Also included: a hand printed card.

Keukegen is a creature that resembles a small dog covered entirely in long hair. Its name is a pun - when written with different kanji (希有怪訝), keukegen means "an unusual thing which is rarely seen".

According to one report, the keukegen is a disease spirit which lives in damp, dark places and causes people in the house to get sick.