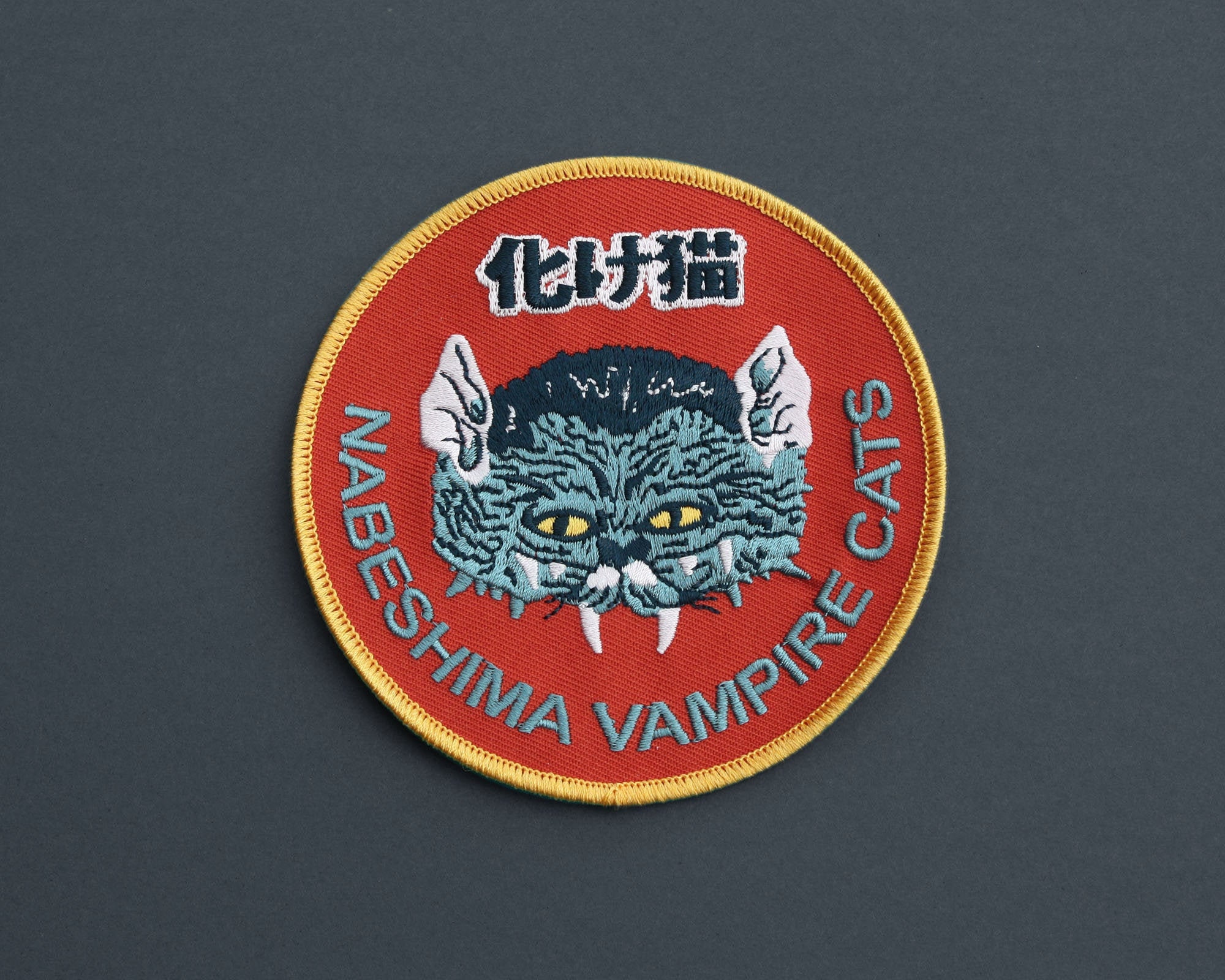 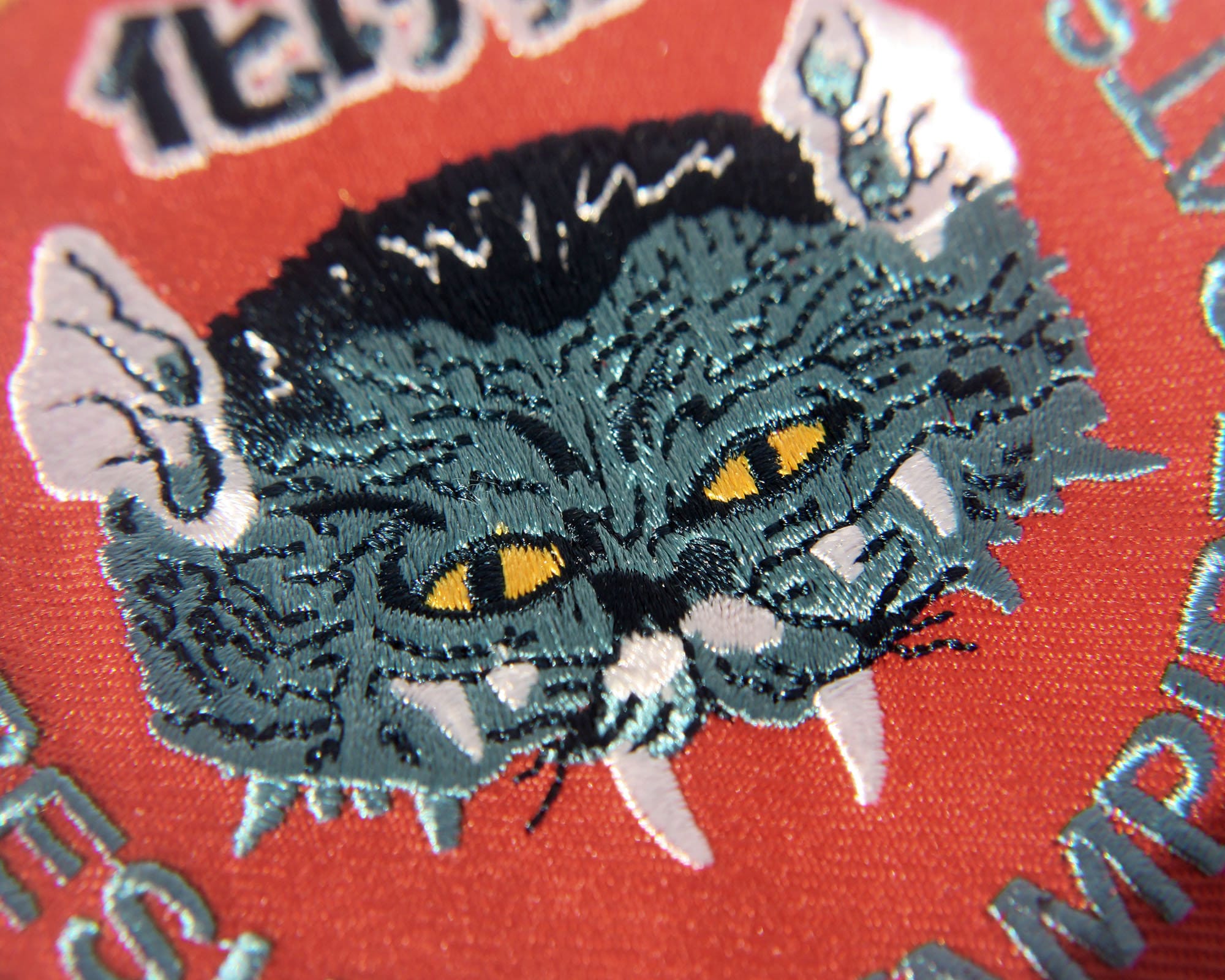 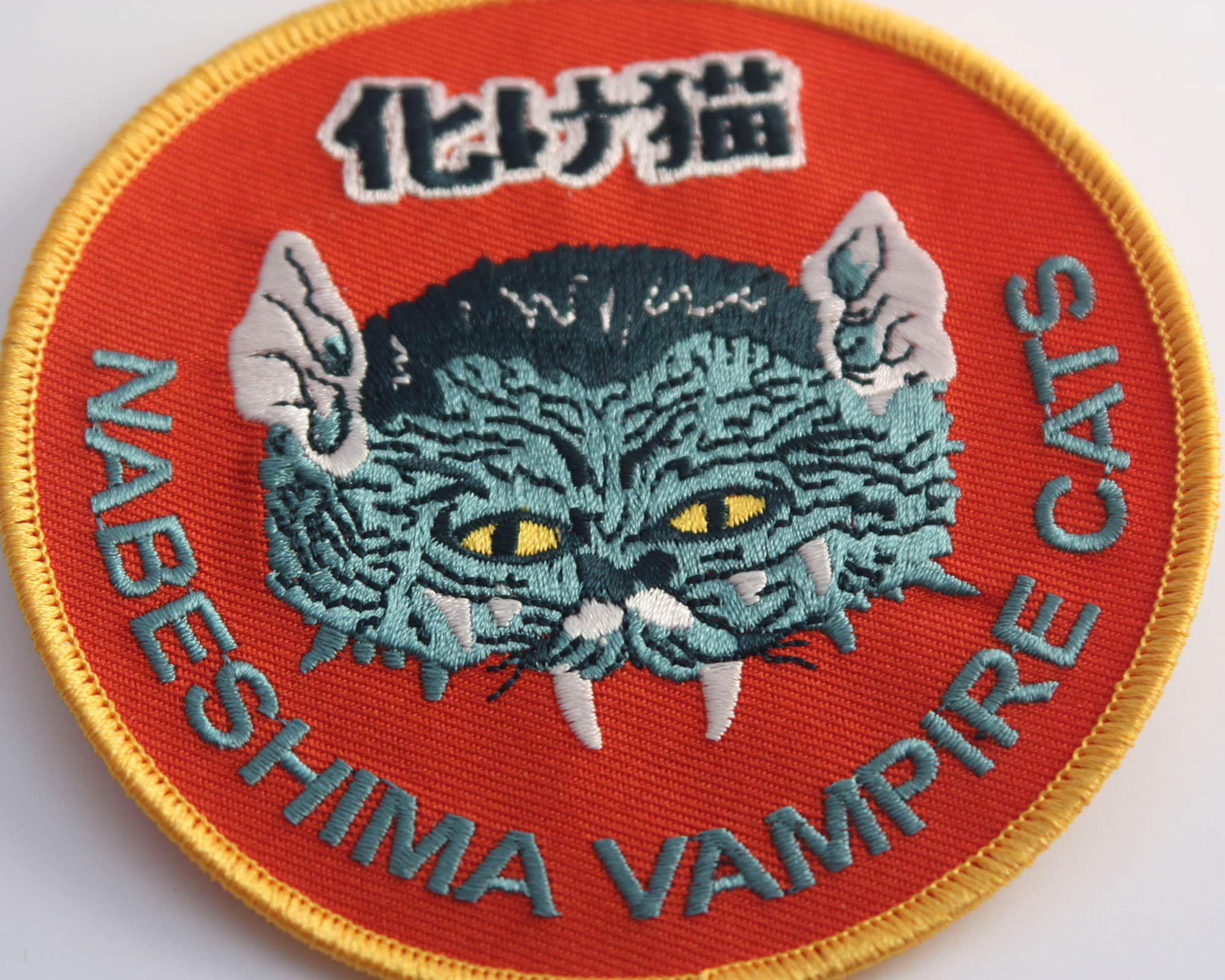 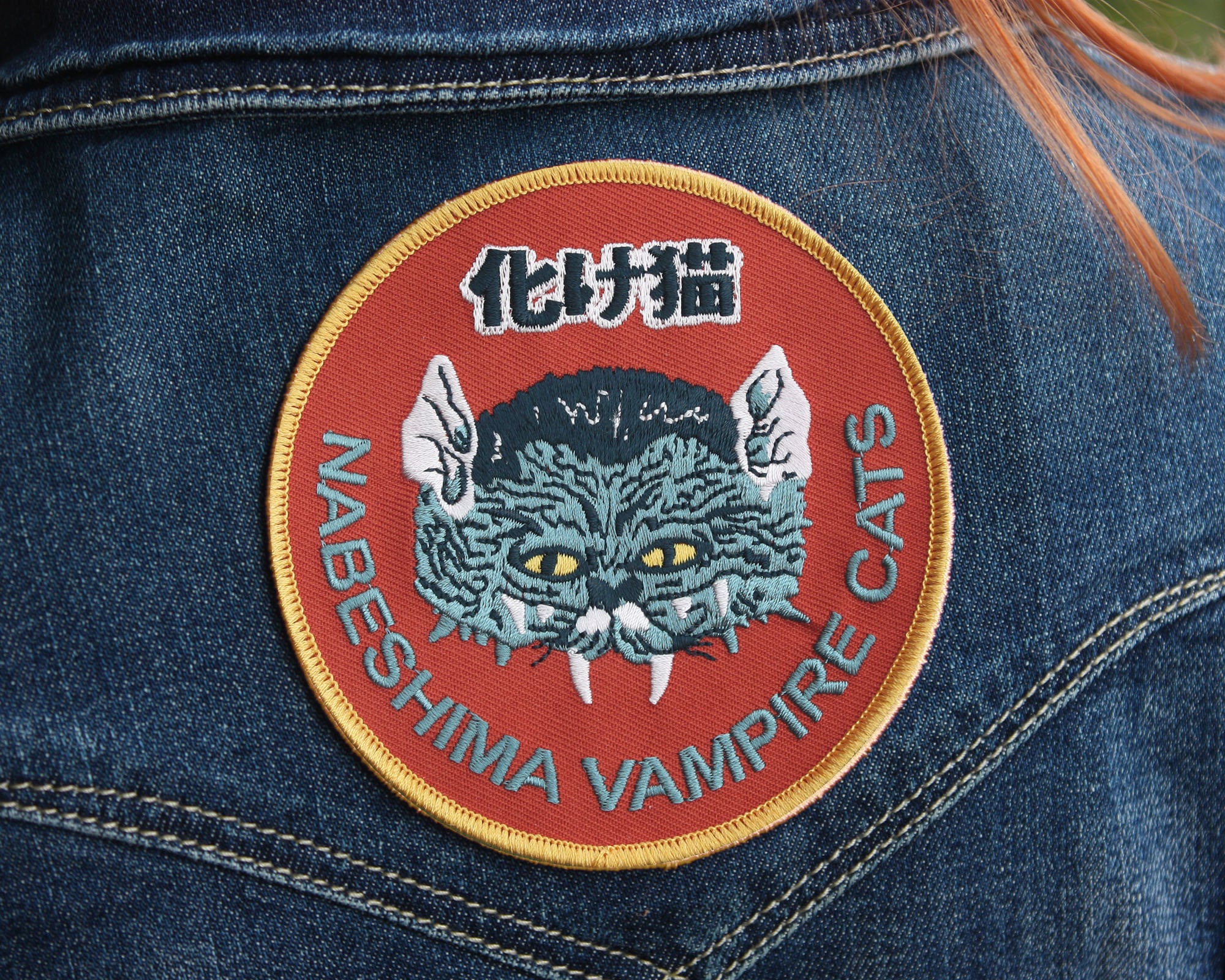 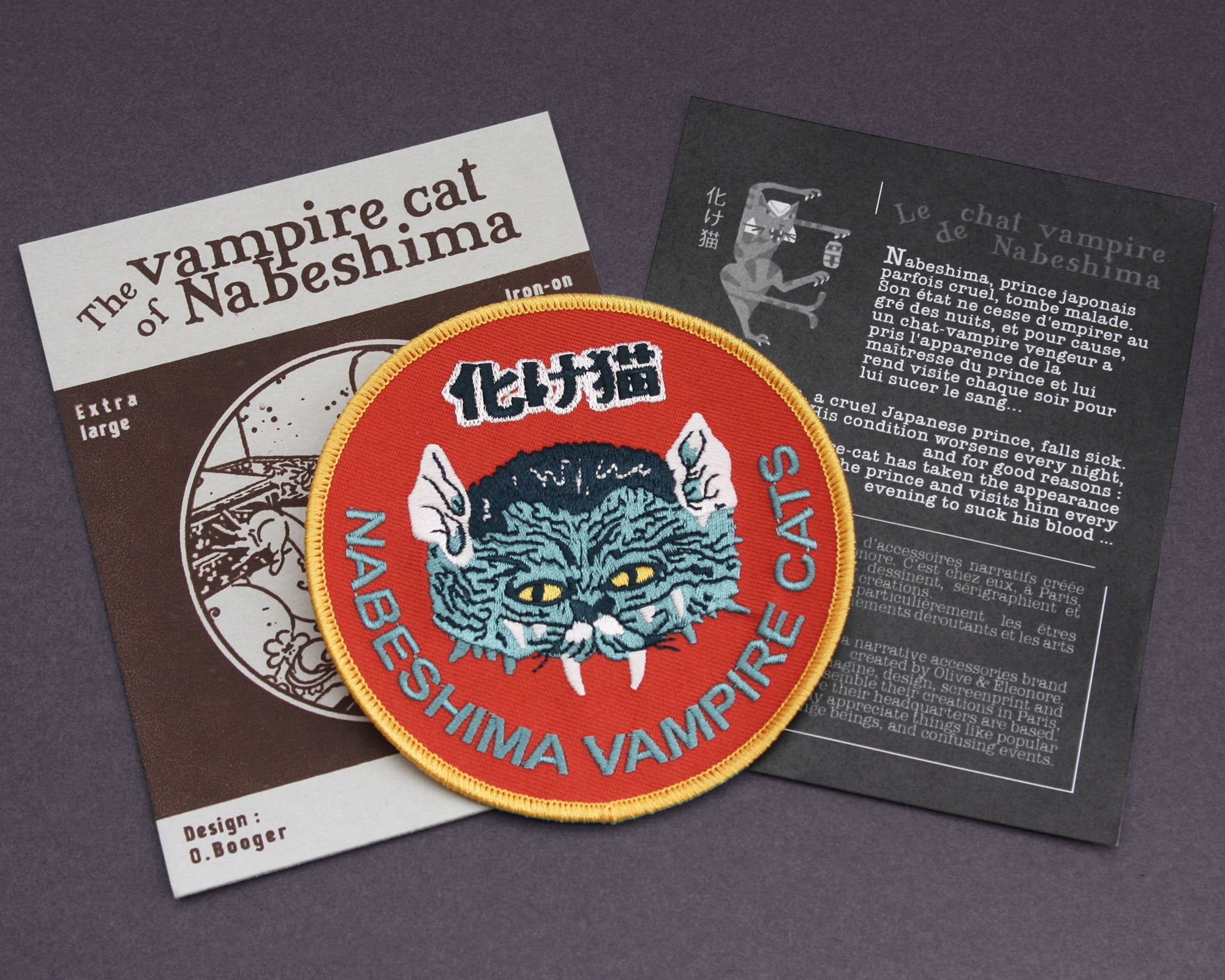 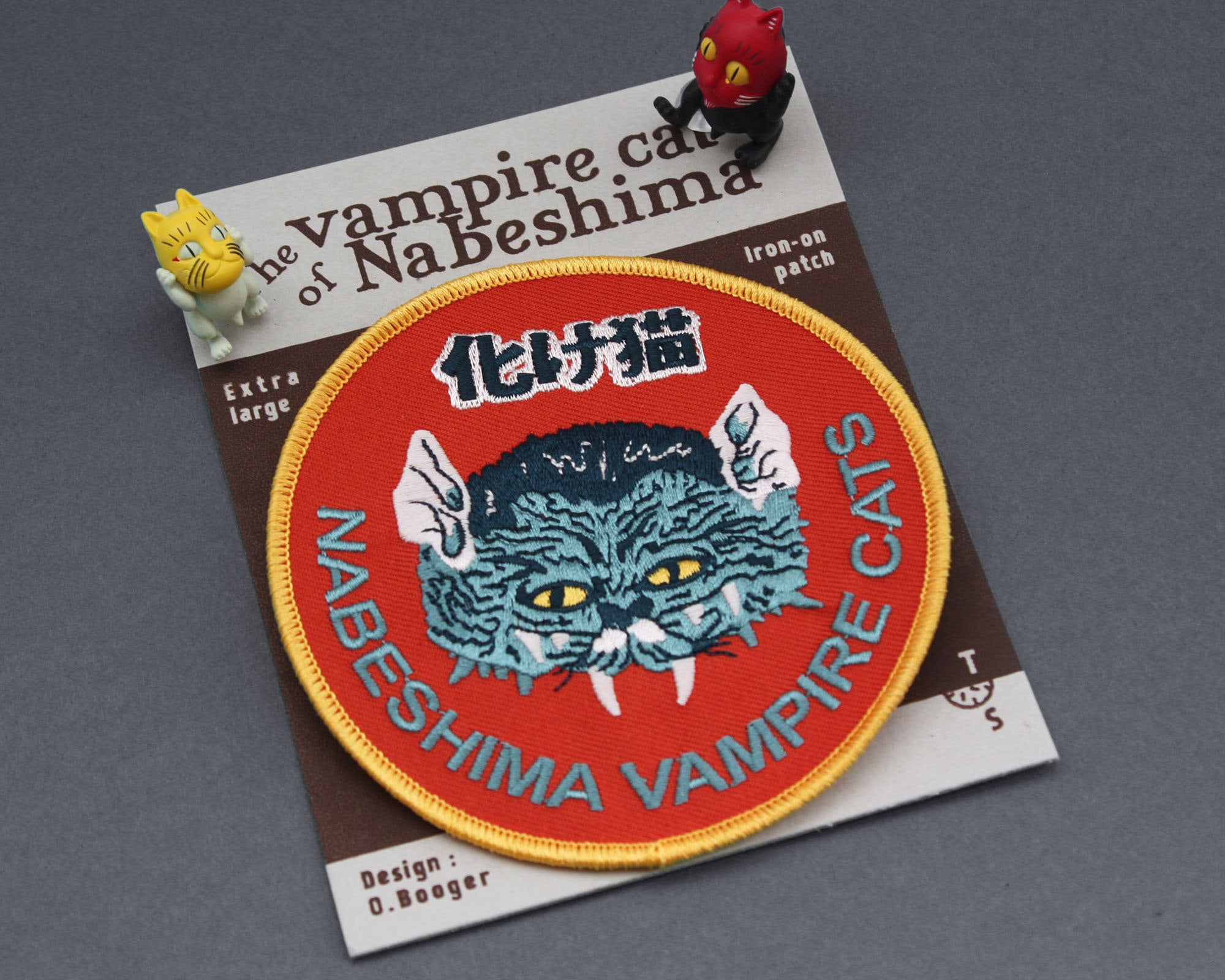 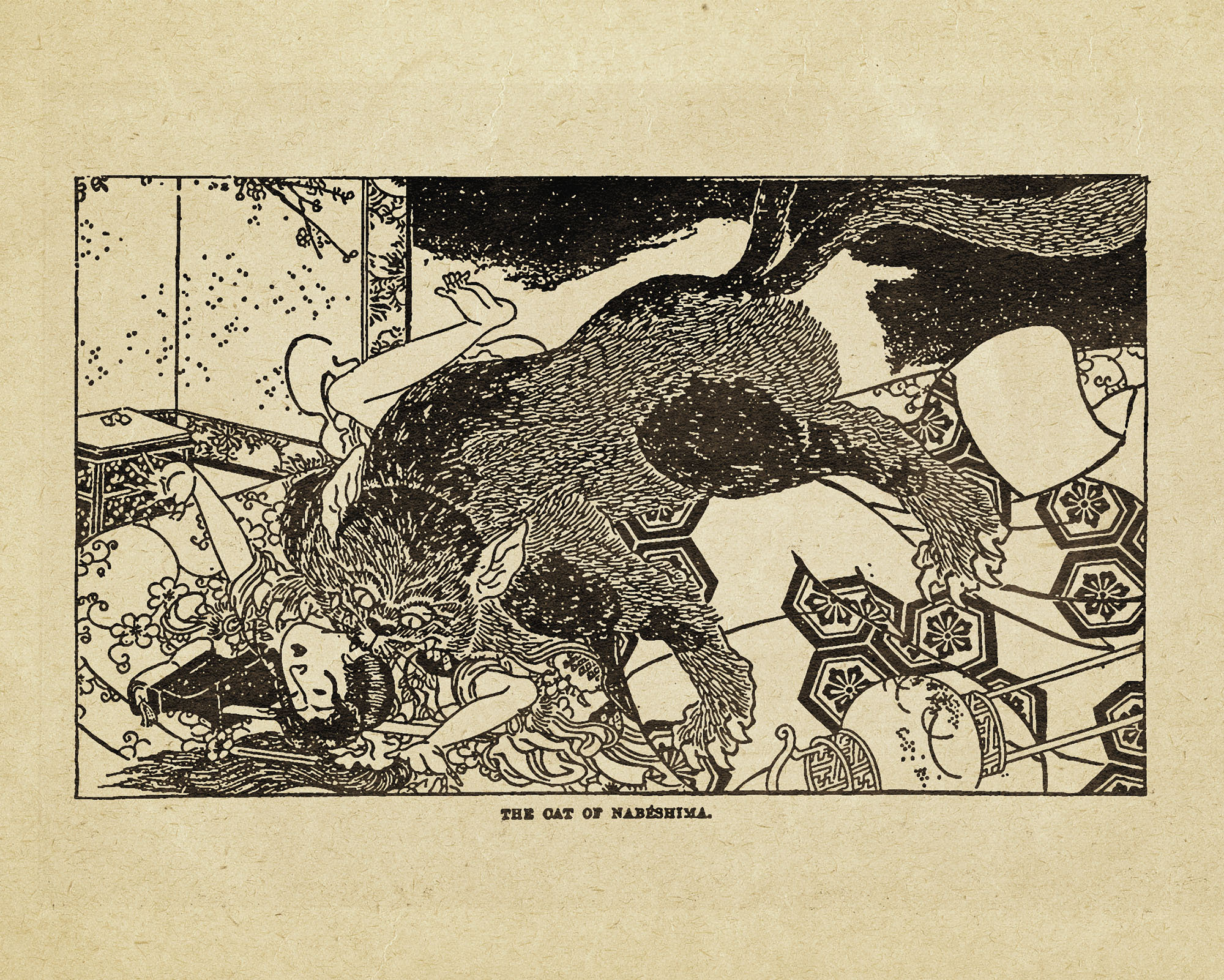 In southern Japan, in the city of Nabeshima, people tell the true story of a female vampire cat. A bakeneko (haunted cat) that will suck the blood of its preys to take their appearance and their place. This allows it to seduce men and take its revenge on mean people. In one of the versions, it takes the appearance of the beautiful O Toyo to help its dead mistress take a revenge on a cruel prince. 😱 More details below 👇

This patch is an hommage to this weird and brave cat. It can be attached to a denim jacket or a jacket or a cotton backpack using an iron.

This patch is sold on a hand-screen printed card with a flyer telling the legend of Nabeshima's Vampire cat.

📓Lord Mitsushige Nabeshima likes to play go with his servant Matashichiro. One day, though, the lord has him beheaded. 😟 Overwhelmed with grief, the servant's mother commits suicide. But before, she confides her misfortunes to her cat. The cat licks the blood of its dead mother and transforms into a Bakeneko, a haunted cat.

The Bakeneko goes to O Toyo, the beautiful mistress of Nabeshima. He visits her every night to haunt her then strangles her and then takes her appearance and her place.

Lord Nabeshima darns of nothing and continues to frequent each night the one who he thinks is O Toyo. As the days go by, he gets more and more tired and sick. Doctors cannot find the cause of his pain. They decide to make him watched at night by his soldiers to discover the truth.

But none of the soldiers can stay awake during the night. They all sink into deep sleep. Until that day when the young Ito Soda asks to stand guard. When he feels his eyelids close, he plants his dagger in his thigh so that the pain will keep him awake.

He then sees O Toyo enter the Lord's room. All night he prevents her from approaching Nabeshima, and in the morning he reports the facts to his superiors. The next night is the same, but on the third night O Toyo does not come. And Nabeshima regains strength.

But Ito Soda wants to carry out his mission, so he visits O Toyo and decapitates her. She falls to the ground in the form of a vampire cat.

One of my favorite patches of all time! So much so that I ended up being it twice and gift it. High quality and huge. Looking forward to new yokai patches!

The quality is beyond amazing! Really like the detailed patch work.

Lovely packaging, high quality product that is clearly made with a lot of care and dedication! Highly recommend this! Seller shipped the product and arrived super quickly :) Thank you so much!