What do a snake woman 🐍, a zombie princess 🧟‍♀️ and a vampire cat 🙀 have in common? 🙄 Ok we don't really know - but they are cool and weird and these are the three new creatures we have got to introduce you to 😎. 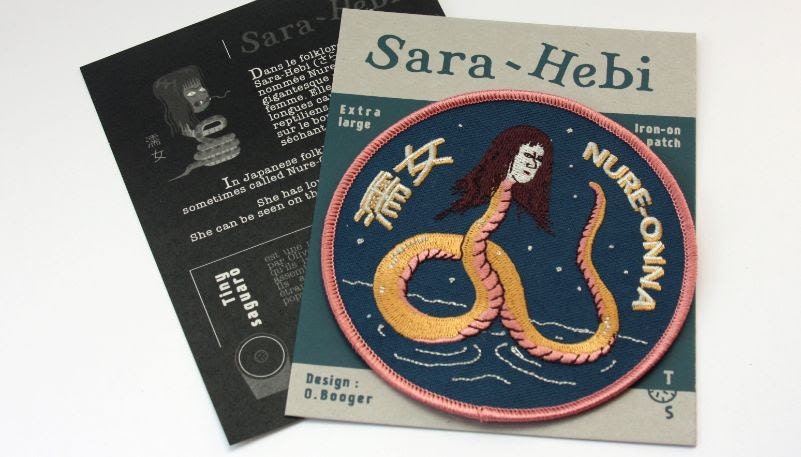 Sara-Ebi (or Nure Ona) is a snake woman. Japanese mythology tells she likes to wash her hair by the river. When a man comes to talk to her, she gets rid of him by asking him to hold her little baby, which actually is a big stone that takes him six feet underwater. We made it a 4" large patch, so you can express your great need for solitude. ⚓ 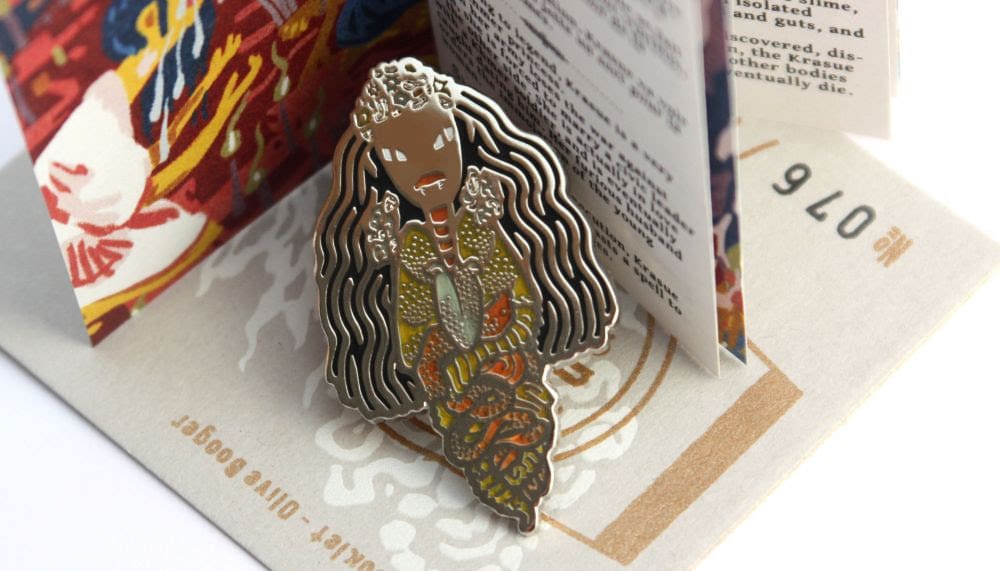 Krasue is a gorgeous Khmer princess. Well, almost a princess. Half her body is missing and her guts are exposed. Blame a jealous husband and a protection spell that was too slow to work. To get revenge, she wanders in villages in Southeast Asia and on movie screens - the Thais have made her a real star. More details on the site and in the mini zine that comes with the pin!  🔥

THE VAMPIRE CAT OF NABESHIMA 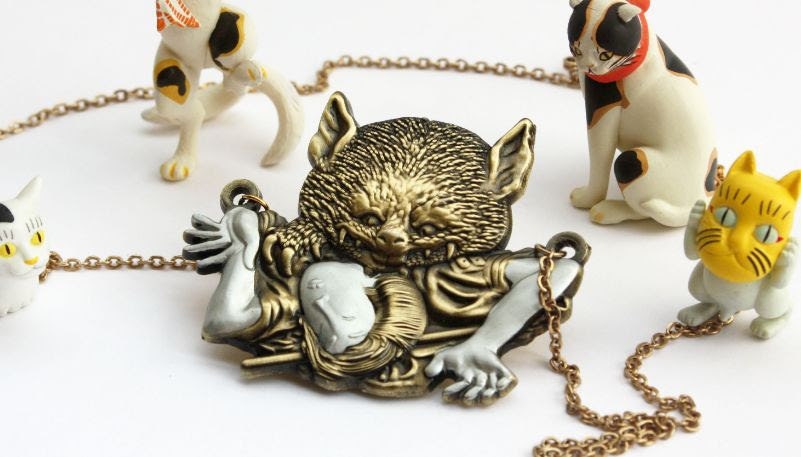 In Nabeshima, a woman, who was traumatized by a cruel prince, kills herself. Her cat licks the blood she's losing. It then turns into a vengeful vampire-cat. Supernatural powers allow it to pass itself off at night as the prince's lover - and take the opportunity to suck his blood to slowly kill him. We loved this story so much that we made it a patch and a necklace, our first jewel. 🧛🏼‍♀️ 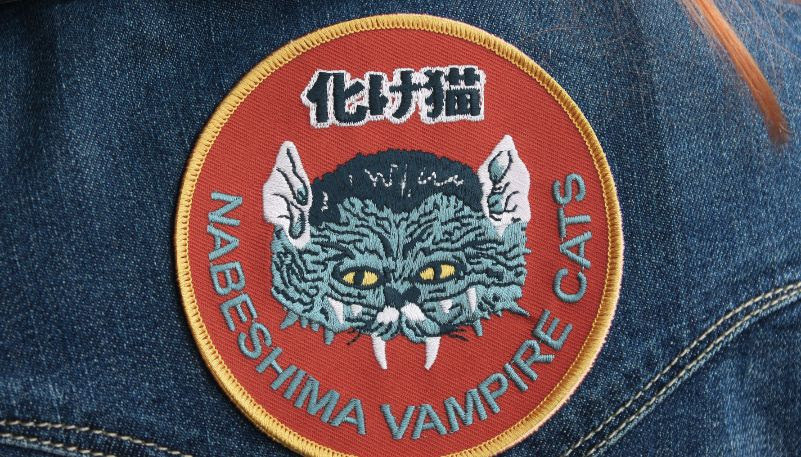 Previous Post 🐗 Who are you black lion? video 🐗
Next Post ☂️ La vengeance du Kasa-obake ☂️
0 items in your cart